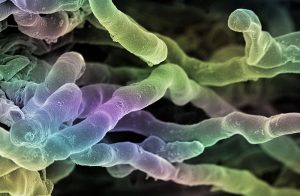 In attempts to define what makes us uniquely human, emotions and feelings are often marginalized. These deeply ingrained, often irrational aspects of our behaviour seem destined to be the poor cousins of the rational cognitive functions that enable the formulation of mathematical theorems or operatic scores. In his bold and important book The Strange Order of Things, neuroscientist Antonio Damasio argues that in underestimating the contributions of such ‘lower-level’ brain phenomena to ‘higher-level’ cognitive functions, science might have been missing out on some important biology. Similarly, neuroscience’s emphasis on the origins of language as a shaper of culture might have eclipsed the role of feelings.

Damasio traces core components of the human “cultural mind”, such as social behaviour and cooperation, back to the non-human biology of unicellular organisms present at the inception of life. Bacteria do not sit up at night to contemplate the nature of their existence, and are unable to calculate the trajectories of distant planets. Nevertheless, they are in full command of an impressive repertoire of social behaviours. For example, when nutrients are scarce, bacteria eschew their hermit-like lives and clump together. They can also align into defensive palisades that can confer resistance to antibiotics.

Although compelling and refreshingly original, Damasio’s thesis would have benefited from a more detailed exposition of the scientific evidence supporting his assertions.

2 other titles that grabbed our attention:

The love drug that could draw people away from any addiction

The “cuddle chemical” oxytocin boosts social bonds. Soon a version of it will be tested in pill form to see if it can reset the brain wiring that gets us hooked

Chemical controllers: How hormones influence your body and mind

WE LIKE to think we are in charge of our own behaviour – that our thoughts are under our conscious control and that our actions are mostly reasonable. But our behaviour is also in the sway of an ancient system of mind control: hormones. These protein messengers are best known for their fundamental duty as regulators – think of insulin and blood sugar, for example – but they also bathe the brain in chemical information that tells us about the world around us and the people in it.

Can a surge in a particular hormone make us feel and act like a totally different person?