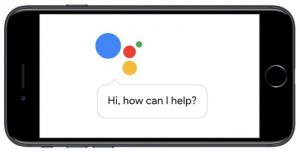 Google is also giving customers ways to verify what it’s up to in case they don’t trust Google enough to take the company at its word.

For instance, Google is expanding Access Transparency by offering customers a real-time log of any accesses to their data by Google’s own engineers and support staff, as well as justifications for that access. In doing so, Google is giving enterprise customers a way to make sure that its employees aren’t poking around when they shouldn’t be.

2) Siri on your locked phone

With iOS 11, Apple added a new setting that lets you choose whether you want previews of your notifications to appear on your lock screen. By default, iOS shows a preview of your notifications only when your phone is unlocked, via some form of authentication like Face ID. But Siri will read your notifications from third-party apps aloud even if your phone is locked. This means anyone with physical access to your phone could hear messages meant just for you. MacMagazine first reported the issue after one of its readers noticed the peculiar behavior.