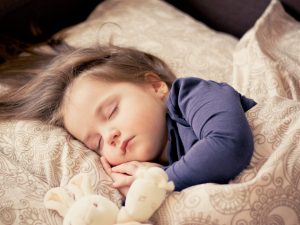 I recently read an article about the lack of sleep and its consequences. And it appears that it’s far more devastating than I could imagine!

The article is taken from The Guardian and is an interview of Mattew Walker, neuroscientist and director of the Center for Human Sleep Science at the University of California Berkeley.

If you sleep less than seven hours a day (eight are recommended), you’re suffering sleep deprivation, which is increasing your risk of cancer, heart attack, Alzheimer’s disease, diabetes, obesity and poor mental health. In fact, Matthew Walker’s researches showed that « no aspect of our lives is left unscathed by sleep deprivation ». It appears, among others, that there are relations between lack of sleep and development of certain subtypes of dementia and that after only one night of only four or five hours of sleep, the killer cells that your organism produces every day and clean cancerous cells or external toxic agents, drops by 70 %! Another effect of the lack of sleep is the lack of creativity, as the dream state is connected to it, and that it helps to overcome psychological shocks (you look about it better the next morning, due to the sleep), so the lack of sleep makes you psychologically vulnerable.

Bad news is that nowadays, accordingly to Matthew Walker, « We are in the midst of a « catastrophic sleep-loss epidemic », the consequences of which are far graver than any of us could imagine. » He thinks about that a lot and the result of his observations is that our lack of sleep is due to our environment and our civilization’s philosophy. It appears that in fact, only 8 % of population was trying to live with six hours of sleep or less by night in 1942, as in 2017, half of the population is concerned. Reasons are that we electrified the night (light dramatically degrades sleep), we don’t want to spend less time at work and with our family, we fear to be described as lazy by the others if we admit that we need to sleep and people are lonelier, more depressed and drink more alcohol and caffeine than in the past. Accordingly to Walker, « Humans are the only species that deliberately deprive themselves of sleep for no apparent reasons ». And as no one, accordingly to his researches, can survive on five hours of sleep or less without any impairment (or that an adult sleeping only 6h45min a night is predicted to live to his early 60s only without a medical intervention), then logically, it is observed that the sleep loss costs the UK economy more than 30 billion £ a year, or 2 % of GDP.

The advices of Matthew Walker to sleep well are:
– to go to bed and to wake up every day at the same time (put an alarm to warn you 30 minutes before to go to sleep!)
– to have a dark room to sleep well
– to not have computers or smartphones in your bedroom when you sleep
– to resist to the injunctions of society to sleep less (he noticed as a warning that Ronald Reagan and Margaret Thatcher who both claimed that they didn’t need to sleep a lot developed each other an Alzeihmer’s disease).