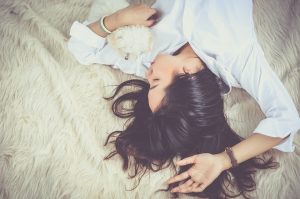 and 2 other news we found for you.

Want to eat better? Sleep more. Increasing the amount of sleep a person gets has been linked to eating fewer sugary foods, and making better nutritional choices.
Wendy Hall, at King’s College London, and her team enlisted 42 volunteers to help them investigate the link between sleep and diet. Half the participants were given advice on how to get more sleep – such as avoiding caffeine before bed, establishing a relaxing routine, and trying not to go to bed too full or hungry. This advice was intended to help them boost the amount of sleep they each got by 90 minutes a night. The remaining 21 volunteers received no such advice.
The team found that, of those who were given the advice, 86 per cent spent more time in bed, and around half slept for longer than they used to. These extended sleep patterns were associated with an average reduction in the intake of free sugars of 10 grams a day. People who were getting more sleep also ate fewer carbohydrates. There were no significant changes in diet in the control group.

Research into this debilitating disease has a rocky past. Now scientists may finally be finding their footing.
After decades of pleading, people with the condition have finally caught the attention of mainstream science — and dozens of exploratory studies are now under way. Scientists entering the field are using the powerful tools of modern molecular biology to search for any genes, proteins, cells and possible infectious agents involved. They hope the work will yield a laboratory test to diagnose ME/CFS — which might have several different causes and manifestations — and they want to identify molecular pathways to target with drugs.
Read article on nature.

When: The Scientific Secrets of Perfect Timing review

In 2011, two Cornell researchers, Michael Macy and Scott Golder, began an unusual project. They gathered approximately 500m tweets that had been posted by more than 2 million users in 84 countries over the previous two years. Then they subjected these tweets to careful analysis.
The sociologists’ aim was straightforward. The pair wanted to measure how people’s feelings varied from morning until night and, by using an analysis program called Linguistic Inquiry and Word Count (LIWC), they attempted to measure the emotional states revealed by individuals in the electronic texts they sent. The patterns that were uncovered were striking.
Macy and Golder found that with remarkable consistency – and regardless of time of year – people’s positive emotions rose in strength as the morning progressed and then fell significantly in the afternoon, before climbing back in the evening. “Whether a tweeter was North American or Asian, Muslim or atheist, black, white or brown, it didn’t matter,” Daniel Pink tells us. “Across continents and time zones was the same daily oscillation – a peak, a trough and a rebound.”

To be yourself in a world that is constantly trying to make you something else is the greatest accomplishment." "Etre soi-même dans un monde qui essaye constamment de faire de toi quelqu'un d'autre est le plus grand des accomplissements.~Ralph Waldo EmersonTweet