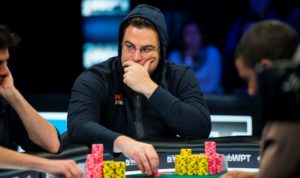 The consequences for humanity are colossal… says the L’Express magazine.

A group compound of some of the best players of poker of the world did not succeed in beating a robot during a tournament marathon of 20 days. The program of artificial intelligence (AI) Libratus developed by the University Carnegie Mellon which participated in the marathon of poker “Heads Up (1 vs. 1) No-Limit Texas Hold’em'” against 4 of these champions of poker, took away 1 766 250 dollars.

It is not the first time when the world elite of a particular game is beaten by an AI. An IBM computer overcame the chessmaster Garry Kasparov already 20 years ago, whereas AlphaGo, developed by the subsidiary of Google, DeepMind, gained 4 parties of Go against the best player of go of the world, last year.

But this victory in the poker marks a new milestone, because this card game is more complex than other games as the chess or the Go, because we cannot see the game of the opponents, that means we do not have all the information.

And this is what can result from it:

The computer can deceive us!

« We can imagine that this technology could thwart financial markets, surpass the human researchers regarding inventions, manipulate the human leaders, and develop weapons which we cannot even understand.».

Furthermore, the boss of Tesla, Elon Musk announced repeatedly its concerns concerning the development of the AI, which he judges “more dangerous than nuclear weapons”, and he declared that it was about “the biggest existential threat”.